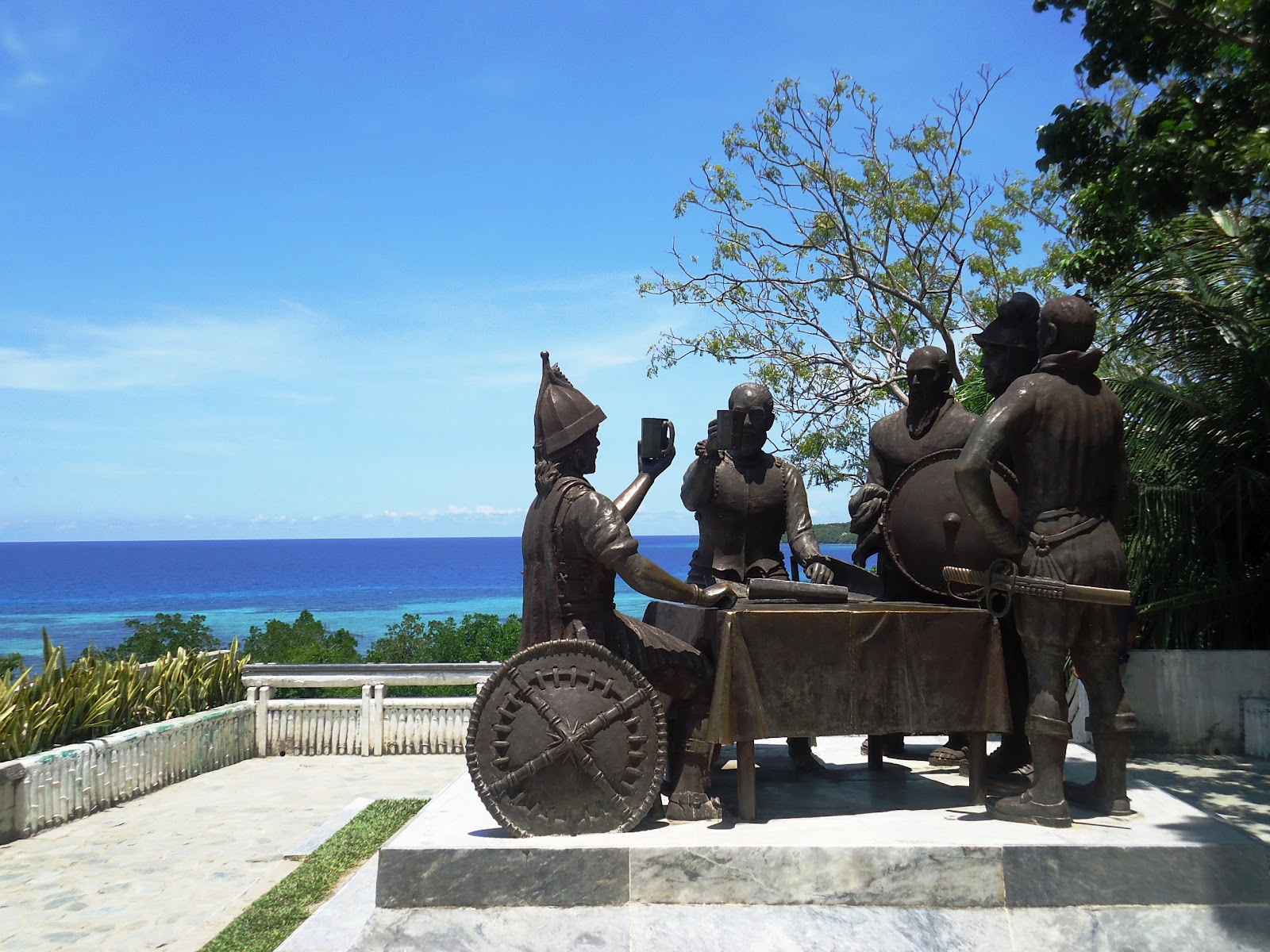 Bohol Blood Compact Site is located in Barangay Bool, Tagbilaran City, Bohol, Philippines. This particular site was made in honor of a very important event in the Philippine history done between Miguel Lopez de Legazpi of Spain and Rajah Sikatuna of Bohol. This Sikatuna-Legaspi blood compact is considered as the First Treaty of Friendship between two different races, religions, cultures and civilizations. It was a treaty of friendship based on respect and equality. This event is commonly known as “Sandugo”.

The Bohol Blood Compactsculpture was made by the National Artist, Napoleon Abueva, a Boholano himself. It is placed on an open and raised dais portraying five (5) life-sized images of men gathered around a table with Legazpi and Sikatuna supposedly making a toast. Standing on the dais, visitors are treated to a good view of the Bohol Sea and the contour of that particular side of the island of Bohol.

Fronting a public school of Barangay Bool, the site is easily accessible since it is along the national road. Many shops offering souvenir and gift items are along the road and across it.

How to Get There

The place is just a short tricycle or cab ride from the city of Tagbilaran since Barangay Bool is still a part of the city. Buses or vans are available from the Dao Terminal. Rides to and from the place does not pose a problem since the site is located along the Carlos P. Garcia circumferential road where many transportations are available. Hotel guests and those on tour can request to drop by the Blood Compact site. Some hotels though have included it in their itineraries.

Miguel Lopez de Legazpi landed on the shores of Bohol on May 10, 1565. It was the fifth expedition that the King of Spain had sent to the Philippine archipelago after Magellan. Sailing from Navidad, Mexico (the surrogate of the crown of Spain) on November 21, 1564 with Father Andres Urdaneta, he reached Cebu on February 13, 1565 but was not able to land. The Cebuanos were hostile. So he sailed to the nearby islands of Samar, Leyte, Limasawa and Camiguin in search of provisions.

Eventually on their way to Mindanao, the fleet met with bad weather and was forced to seek refuge and dropped anchor at a village southeastern part of Bohol, which is now called Jagna.

The natives were unfriendly. They set sail again and seek other villages where the people are friendlier.

In a village of Bool, three kilometers from Tagbilaran, Legazpi dropped anchor. He went ashore together with the Muslim interpreter and some of his men and approached Sikatuna in a pleasing manner that impressed the local chieftain. With Legazpi’s overtures, tact and diplomacy, Sikatuna was sold to his visitor’s ideas and eventually became friends.

As is the native custom of that time, the two sealed their friendship through a blood compact wherein both draw two or three drops of blood from their arms, mixed the blood with the wine and equally drank from the cup. Other historians say that the blood-wine mixture was divided equally between the two and then drank up to the last drop. The compact was sealed on March 16, 1565.